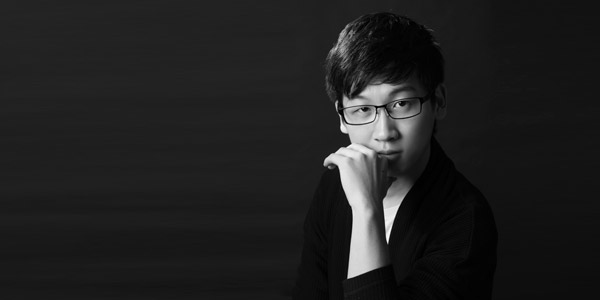 Mutian Cui, concert pianist. The gold prize winner of 2018 Ginastera International Piano Competition, Artist in Residence of Poly (Baoli) Corporation Eastern China and Hong Kong Youth Philharmonic Orchestra.
Guests teacher of the piano association of Fudan University and Shanghai Jiaotong University. He has given recitals and concerts in numerous famous concert halls includes Hong Kong city hall, Tsim Sha Tsui cultural center, Chinese Cultural center in Singapore, Chiang Mai KAD Theatre in Thailand, Mixon hall, Kulas hall and Harkness Chapel in Cleveland, and Poly Grand Theatres among Eastern China. His performances also take place in top universities in China includes Fudan University, Nanjing University, Huazhong University of science and technology, Shanghai Univetsity of Finance and Economics, Nanjing University of Posts and Telecommunications and so on. Apart from recitals and concerts, his public classes are also held in universities above, with the topic of ‘The Aesthetic of piano performance’, ‘Static and dynamic in piano performance’, ‘On breathtaking sound’ and so on.
Also, as one of the most famous music critic nowadays in China, he started his own wechat public account ‘Mutian’s interpretation and imagination on arts’ since 2016, it soon becomes one of the most popular classical music media in China and gathered over 10000 followers.
In recent years, many music comment and interview on this platforms become a hit. His interview with pianist Stephen Hough and Antonio Pompa-Baldi were published on the most famous Chinese piano magazine ‘the piano artistry’ as the headline article.
Mutian achieved his Bachelor degree of Computer Science from Nanjing University of Science and Telecommunications. He was then admitted by piano performance major by the prestigious Cleveland Institute of Music, in the studio of Cliburn winner Antonio Pompa-Baldi. His previous teachers includes famous Chinese pianists, Professor Jia-lang Mo, and Professor Xiao-feng Wu.