*Flowerdale – Philip Sparke
(from Hymn of the Highlands)

* Can be in any order up to the audience representative draws 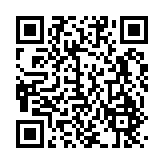 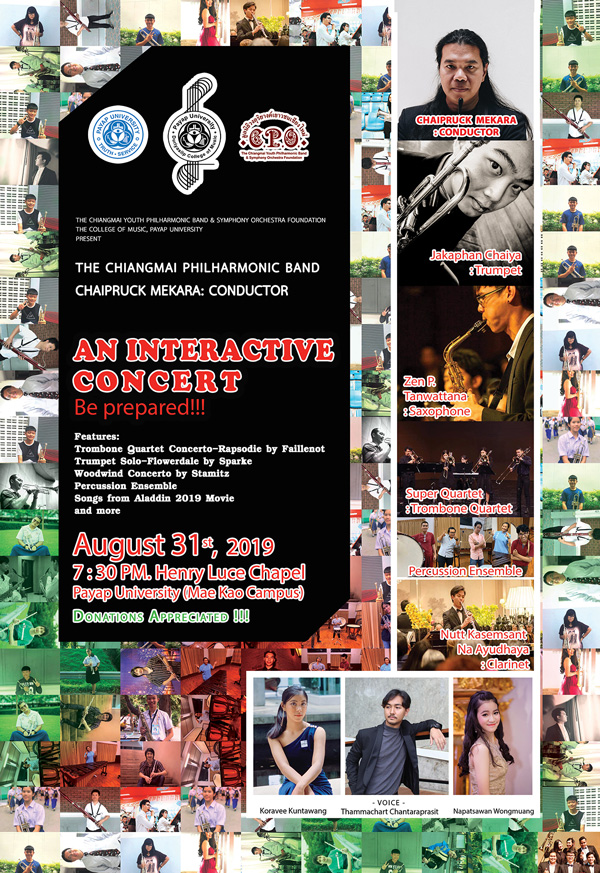 Under the name The Chiangmai Youth Philharmonic Band and Symphony Orchestra Foundation, there are three ensembles:

They are “Community Ensembles” for local people to practice and perform together and with international musicians.
The approximately 100 musicians are drawn from several schools around Chiang Mai and nearby provinces.

All countries realize that music is important in the life of their people, especially the children who comprise the next generation. It recognized by many that music helps to balance between the physical and spiritual worlds. We, musicians in Chiang Mai, Thailand, see the importance of music and would like to present this precious gift to our society.
Starting with a small group of music lovers, students from different schools and staff, we have performed music together at the Duriyasilp College of Music. Later, the group expanded and moved around from place to place and school to school.

On December 5th of 2007, we organized our opening concert at Kad Suan Kaew Theatre under the name The Chiangmai Youth Philharmonic Band and Symphony Orchestra. This concert was a great success. There were nearly 1,000 persons attending, supported by a number of committed sponsors. The donated funds were used to purchase instruments and cover the concert expenses. The C.P.O. was registered as a
foundation in 2008.
We are currently looking for additional support from sponsors to assist us in obtaining more modern instruments and become a stronger organization and eventually become recognized as professional community ensembles. To date, there are several such groups in Bangkok, namely: The Royal Bangkok Symphony Orchestra (RBSO), and The Thailand Philharmonic Orchestra (TPO). Hopefully, in the near future Chiang Mai will have an equally strong and well-known group.