Coming to Chiang Mai for the 2018 festival—a truly breathtaking performance by the Shanghai Philharmonic Orchestra with the young, world-class conductor, Maestro Liang Zhang. Former Chiang Mai resident and pianist Atsuko Seta will be back to join them for a spectacular performance of Ginastera!

Shanghai Philharmonic Orchestra is one of the most famous organizations of musical performance in China. It was established in 1952, known as the East China Music Troupe.
In the past 40 years. Shanghai Philharmonic has performed over 3,000 Concerts, including special concerts for individual composers and musicians, and collaborated with vocalists from all over the World. 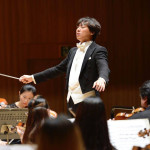 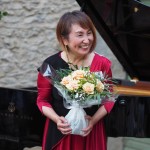 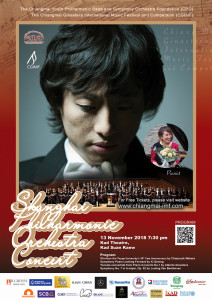 Liang Zhang was born inTaizhou,Jiangsu,Chinain 1979. He started practicing piano at the age of 5 and attended the Music Elementary Schooland Music Middle Schoolattached to the Shanghai Conservatory of Music. He majored in piano and composition and studied under professors Zijie Wu, Jiang Qin, and Erbo Deng between 1989-1998. During this period, he created a number of piano and string pieces. During the middle school years, he performed in a concert with the famous Japanese violinist, Takako Nishizaki. In 1996, he studied orchestra conducting techniques under Professor Mei Zhang of the Shanghai Conservatory of Music. In 1998, he was admitted to Universitaet fuer Musik und Darstellende Kunst Wien inAustriaas the top of the class, majoring in conducting and piano, and studied under the conductor Professor Uros Lajovic, master pianist Professor David Lively and Professor J.G. Jiracek.

Apart from conducting, Zhang Liang also performed often as a pianist. He accompanied Peter Lukas Graf, the master Swiss flutist and one of three masters of the world, and also played in a number of chamber music concerts. He performed many times with soloists from a number of countries and regions, includingGermany,Austria,France,Mexico,Spain,Japan,Korea, Hong Kong, andTaiwan. In the most recent few years, he released a number of albums with outstanding musicians fromChina.

Liang Zhang’s conducting and music are perfect and delicate, pure in mood, and precise in technique. His interpretations of German and Austrian musical pieces are praiseworthy as pieces from post-romantic composers.

He is currently the deputy director and conductor of the Shanghai Philharmonic Orchestra.He is also the adjunct professor for the Department of Conducting at the Shanghai Conservatory of Music and the East China University of Political Science and Law in Shanghai, Director of the Professional Choir Committee of the Shanghai Association of Musicians, and is in charge of individual lessons on culture in Yangpu, Shanghai.