You can change your ticket quantities after clicking the “Add to Cart” button. If you need to buy both regular and student tickets, add one of them to the cart first and come back to this page to add the other. Please print the receipt as your ticket.

ONLINE TICKET SALE for this concert is finished. (Nov 11, 12pm-noon)
Please come and pay at the door.

2,500THB for the Festival Pass to experience all the concerts during the festival 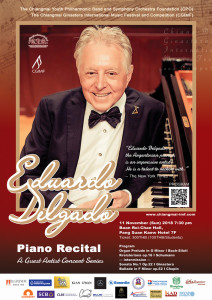