We are very lucky and happy to introduce Ms. Remi Namtep and Mr. Alex Kam To Chau as piano accompanists for the competition! If you need a piano accompanist with experience and qualifications for instrumental or vocal solos, contact us as soon as possible so that we can make the arrangements for you.

Piano Accompaniment Fee :
2,000THB for each Round during the competition including one hour rehearsal.
1,000THB for extra rehearsal. 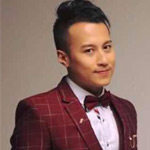 Hong Kong pianist Alex Chau Kam To began his studied with Beijing Central conservatory of music piano teacher Ng To Wai. He won numbers of piano competitions when he was young and received “Best Student Award” from the Hong Kong Education Bureau and Government of Singapore leading him to perform in Beijing and in Singapore. He has also been invited by the Beijing Central Conservatory of Music studying piano in the secondary school.

In 2001, Alex received invitation by The Hong Kong Chinese Orchestra as the soloist to play the “Yellow River Piano Concerto” with the orchestra in the Hong Kong City Hall for two concerts and received excellent reviews. In 2003, he gave his graduate recital at the Academy.

Beside performances, Alex is actively participated in music education including conducting school’s symphony orchestra and winds orchestra. From 2003-2007, he was the piano accompanist and coach at the Yip’s Children Choir touring globally over 16 countries including America, Canada, France, Austria, Czech, Hungary, Germany, Netherland, Belgium, Australia, New Zealand, Malaysia and China. Alex had been working as the pianist at the Opera Hong Kong from 2004-2013.

In 2013, Alex has been invited by the Hong Kong Anti-Cancer Society to perform in their fund raising concert. In 2017, he gathered with musician friends and colleagues established “Love-Music-ian” to support the lower class in Hong Kong. He has also been invited to perform at the Hong Kong International Airport concert in 2018.

Chau is now actively performing, teaching and accompanying in Hong Kong and always be invited to be the adjudicator for music competitions and also giving master classes in Hong Kong, Guangzhou and Shenzhen.

Chau is happy to be here again this year at CGIMF to help all contestants from different countries , and make good music together on the stage together. 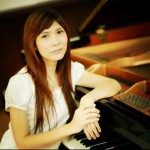 Remi is not available now.

Thai pianist REMI NAMTEP was born in Chiang Mai on January 7, 1980. She began studying piano with her mother AYU NAMTEP at the age of four. Later, attending Payap University, she studied with Jamie Shaak and Bennett Lerner, with whom she studied in Payap’s Master’s degree program. Ms. Namtep has won prizes in the Nat Yontararak Piano Competition and the Mahidol Youth Music Competition, and, when sixteen years old, passed the Trinity College of Music ATCL exam with the highest score.
A beloved piano teacher, whose students regularly win prizes, she has received the Trinity College of London Best Teacher certificate. Ms. Namtep is currently teaching at Payap University Music Academy. She loves reading, drawing and studies Japanese.